What is Brawl Stars?

The controls in Brawl Stars are truly special. In the settings menu, Brawl Stars gives you the option to use two different control modes. These controls were made specially to suit the game. The controls are very flexible making it better and easier to control the player than other MOBA games.

One of the controls in Brawl Stars is tap. It is used to move the character around the map. The other is the joystick which allows you to rotate the player around to easily spot your enemies and launch attacks against them. These settings are elaborate and allow the best customization experience out there for MOBA mobile games.

The different controller modes would actually depend on the player. A player might prefer to use the joystick and another might use the tap control. It would not be a surprise if some players prefer a certain control mode based on the character they happen to be playing with. Any of these controllers are good enough for competitive play, so far.

In the joystick mode, you can feel that you are more agile and responsive, in exchange for a degree of accuracy with your primary attack. When using the tap to move controls, it can be a little difficult to fire accurately over long distances, but moving around is a breeze. Brawlers are the heroes or champions in the Brawl Stars arena. Each character has its strengths and weaknesses when it comes to game play. It is possible for there to be a tier list for each game mode in Brawl Stars.

Each Brawler has different skills and different abilities that they can bring to the battlefield. You as a player will need to use each Brawler’s skills and abilities so that you get the edge against your opponents. One ability that all the Brawlers bring to the battlefield is the ability to go invisible when they hide in bushes. However, if you happen to bump into someone who happen to be in the same bush, you become visible. This mechanic is used in most MOBA games today. Good examples are Vainglory and League of Legends.

Something that makes Brawl Stars a unique MOBA game is the various amounts of game modes. You have the Bot Brawl, a Traditional Brawl, and Co-Op Brawls. These modes all have their differences which gives the satisfying feeling of playing a new game every time you queue up for a game.

In Brawl Stars, there are varieties of game types available as well. You can play a bounty mode where you go in a free for all style, Team vs Team. For each successive kill that you get, a star appears on top of your head. Each star overhead gives you more points over your enemies. You become wanted when the stars above your head are 7.

Bounty is a 3 vs 3 game mode where kills is what matters. There are no objectives on the map, aside from having more points than your opponents when the 2 minutes 30 seconds round timer runs out. Point are obtained by killing enemy brawlers.

Bots are actually pretty decent so make sure you bring your a-game because you will need it to defeat Supercell’s A.I. The Bot Brawl mode is where you take your Brawler up against other players. Again, one thing about Brawl Stars is that, bots aren’t actually super terrible nor do they seem like they are wall hacking. 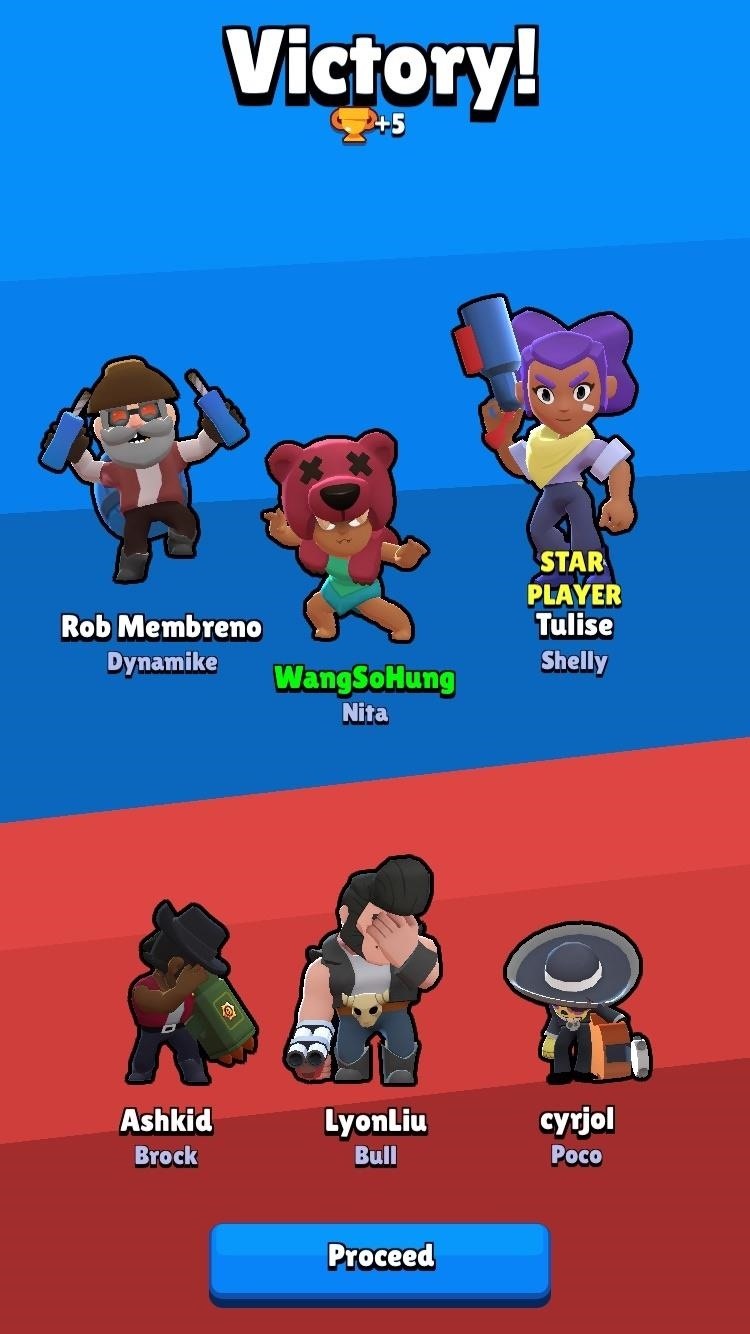 Smash and Grab is the next game mode. There is a gem mine in the center of the arena which spawns gems every 8 to 10 seconds. Every time a gem spawns on the battlefield, it will be very close to neutral territory or the very center of the map. Each team tries to collect the gem from this mine. The team that collects 10 gems and holds onto them for a period of 16 seconds at the end of the round will be declared the winner. The team which collects the highest number of gems would have a new countdown in their favour. If the player holding the gem for the winning team is taken out during a countdown, the countdown will reset. 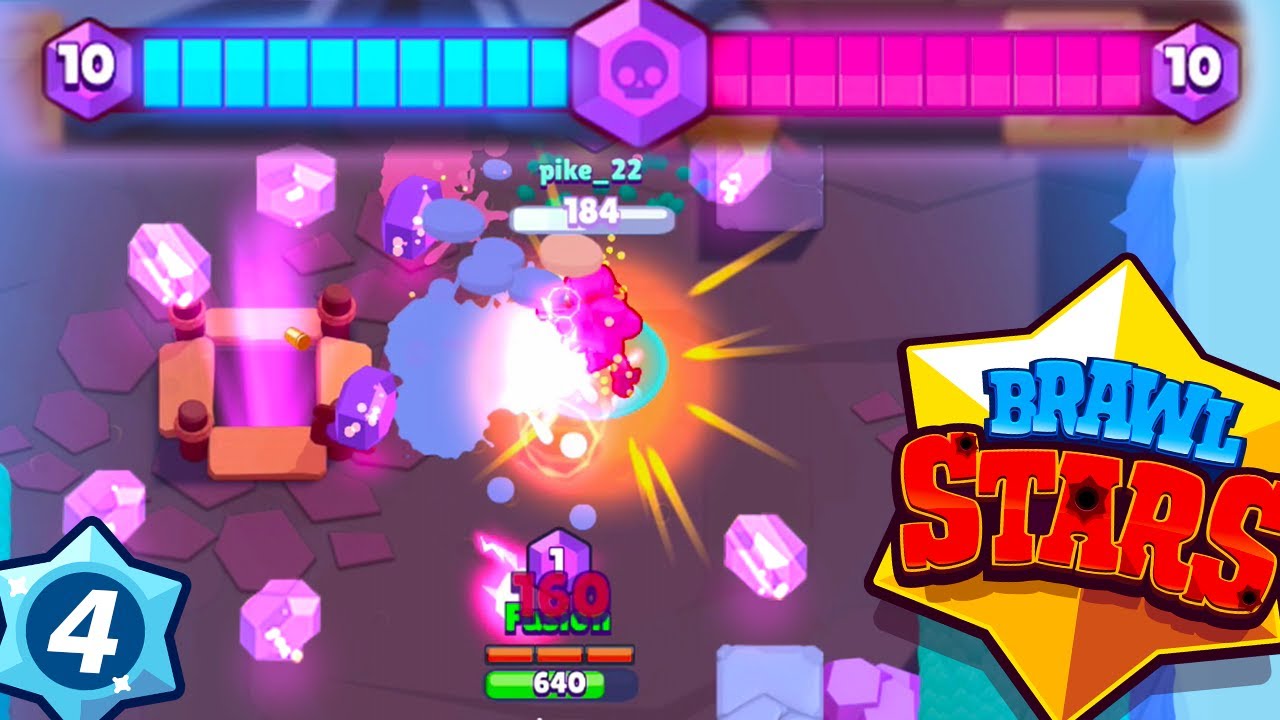 Showdown is a game mode that is truly free for all. In this game mode in Brawl Stars, you are on your own. There are no team mates for you to rely on. You need to be a little more accurate and careful in this mode. There are 10 Brawlers in an arena. Here you are taken in an arena with your Brawler to collect power- ups that you can get from TnT boxes or collecting them from other Brawlers. With each power up, your Brawler will gain 100 hit points as well as 7% attack power. Heist is another game mode that is played 3v3. Your team will either be trying to defend or open a safe that will be guarded by the opposing team. The defending team has a safe roughly about 5500 hit points that is in their spawn and they are to defend it in order to win the game.

One team that is attacking the safe will spawn on the side of the map. Their job is to progress all the way through and do enough damage to the safe in order to open it before the timer expires.

The game modes in Brawl Stars are available between 12 and 24 hours at a time and after their time expires, they will rotate in the next game type. This allows for a timer based game that delivers fresh content every 24 hours. This is a mechanic taken from the “challenges” Supercell does in their hit RTS game, Clash Royale. We are also looking to add new bloggers to our team! If you are interested in getting started with blogging and have a knack for writing strategic guides and theory crafting, shoot us a message to start blogging on our site.